Are you ready for some controversy? I mean, how can I NOT talk about this new Nike commercial that has everyone on the planet in full panic mode.

Nike really did ‘just do it’ with this one (see what I did there).

There has been quite a bit of circulation regarding the former San Francisco 49ers quarterback Colin Kaepernick and this new Nike Ad titled, “Dream Crazy.”

Kaepernick’s refusal to stand for the national anthem in protest against wrongdoings of African Americans has been a major headline for years now.

Kaepernick went on record with NFL Media to say, “I am not going to stand up to show pride in a flag for a country that oppresses black people and people of color. To me, this is bigger than football and it would be selfish on my part to look the other way. There are bodies in the street and people getting paid leave and getting away with murder.”

Kaepernick has received major backlash from the incident and a majority of the nation has sided against him – openly speaking out and claiming his act was unpatriotic. I mean, do you boo, but this seems a bit excessive… I hope you’re okay.

Even Donald decided to grace us with his noteworthy opinion…

ALRIGHT, DUDE. IS ANY OF THIS RELEVANT TO MY LIFE?

Well, since you asked so politely, yes it is and I’ll tell you why…but, before I do so, I’d like to discuss something with you first…bear with me, it’s relevant 😉

I was having a conversation with my mother the other day, venting to her (yes, I’m a 28 year old male who vents to his mother) about how I’m struggling with getting my book, podcast, and business off the ground.

I was expressing to her my fears, and how there are several challenges I’m facing with not believing I’m capable of achieving my crazy dreams.

She said to me, “Do you remember when you used to step on the pitching mound when you were younger?” I rolled my eyes, preparing for another proud mother speech, and replied with, “Yes, mother, but what does that have to do with this.”

She looked dead in the eyes and said, “You would walk on the mound, pick up the baseball and go to work. You didn’t sit there and question your ability or how you should do it. You didn’t stop mid throw and start over, questioning if you were doing it right. You didn’t show fear or wonder if you were going to succeed. You loved the game, you worked hard at being the best, and you knew, with certainty, you would succeed because that’s what you were born to do. Starting this business shouldn’t be any different. Don’t question your ability, just do it.”

Jesus, Mom…maybe you should be the motivator.

She couldn’t be more right. When I stepped on that mound, nothing else mattered. I didn’t sit there and think about my arm slot or if the guy standing 60 feet away was better than me. I didn’t compare myself to that person at all.

I just did it. And even when I failed, or had a bad game, I failed forward. I knew those failures were getting me that much closer to success.

Why do we lose these ‘childish’ abilities as we get older? Why do we doubt our capabilities and compare ourselves to others? Why do we care so much about what others will think of us? Why are we so afraid to fail that it keeps us from, just doing it?

These are questions I’ve been wrestling with for a while now.

And then, I saw this Nike “Dream Crazy” ad.

“Believe in something. Even if it means sacrificing everything.”

Controversy or not, those are some of the most powerful words I’ve ever read.

It’s interesting how things suddenly appear in your life in the exact moment you need them to.

When I saw this ad, it really hit home with me. Here’s a guy who put it all on the line for a vision only he could see. He believed in something and went All-in, 100% committed.

And now, he’s backed by one of the largest, most renowned companies in the world.

So, I ask you, is Kaepernick wrong for believing in something and sacrificing everything for it?

Who am I, as an upper-middle-class white male, to sit here and say Colin Kaepernick is wrong and unpatriotic because he sat through the National Anthem for an issue that has clearly affected his life?

I don’t have the facts, nor do I have the ability to draw conclusions on why Kaepernick felt the urge to stand (or sit for that matter) for what he felt was right.

Kaepernick used his platform and fame to voice his opinion about oppression in hopes of initiating some sort of change in our world. You’re inhumane if you do not respect a man for doing so.

I mean come on, what would you do if you wore his cleats for a day and had these issues affecting your life & your ability to perform on the field? I can only hope you would not be silent.

Thanks for using your stage to voice your opinion and help us better understand what is happening in our world. I’m glad Nike decided to listen… maybe its time we all do the same.

For now, I’ll keep believing in my crazy dreams. Even if it means sacrificing everything 😉

That’s all I got for now – stay tuned, friends ✌️ 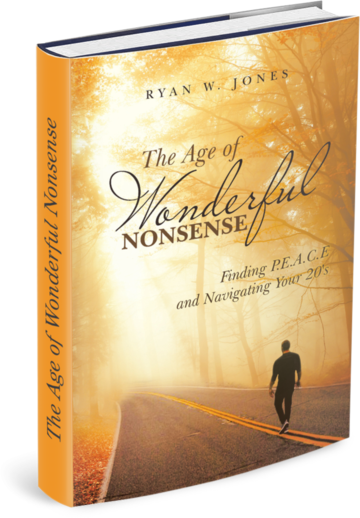